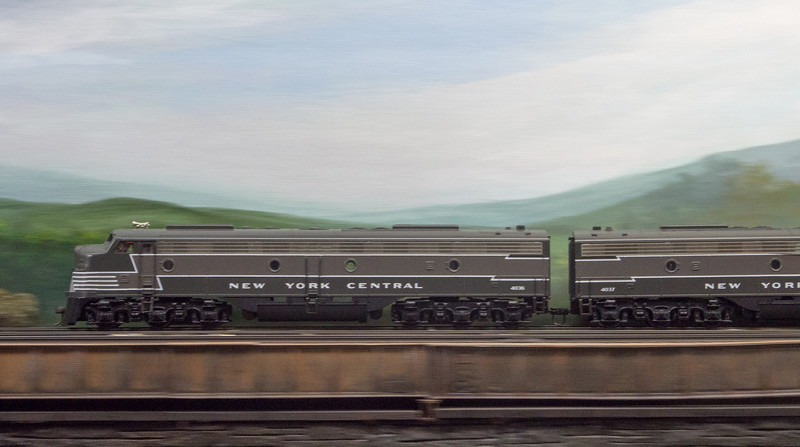 In my opinion. the classic New York Central two-tone grey paint scheme was the pinnacle of elegance in the streamline era. Of course the NYC is long gone, having been subsumed by the ill-fated Penn Central and then Conrail, before being dismembered by NS and CSX. But it lives on in many basements and garages, as well as on the large O-scale railroad in the New York Society of Model Engineers, which owns its own building in Carlstadt, NJ where this photo was taken.

Here we see The NYC scheme applied to the long sides of two graceful E-units, perhaps on the point of the 20th Century Limited.