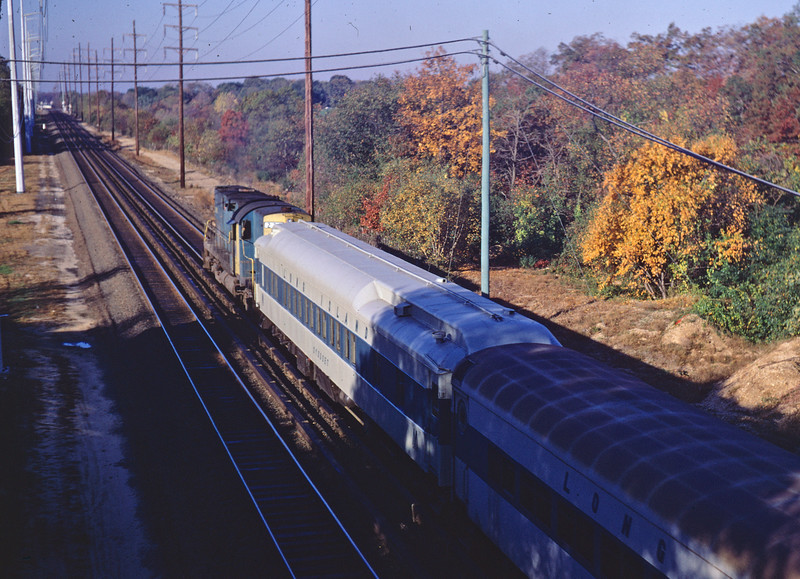 I grew up in the town of Syosset, NY on Long Island. Syosset High School was located alongside the Port Jefferson Branch of the Long Island Railroad. In this nearby view from the Southwoods Road bridge, taken when I was  Junior, a morning train with an Alco C-420 on the point is making the climb up Cold Spring Hill. The Syosset station lies ahead around the distant curve.

Also of note is the parlor car behind the locomotive, the morning ride for privileged subscribers.Its name.....Syosset!

LIRRPicture of the Day OLD